Disclaimer: All reviews are the result of my personal opinion from a Christian stand-point. These reviews are provided for those who share my beliefs and morals, to help guide what fiction a reader may wish to pick up. For those who do not share these beliefs, please refrain from hateful comments. It is due to rude commenting that I must now include this note prior to all reviews. For more information, visit my purpose behind this blog. Thank you for your understanding. 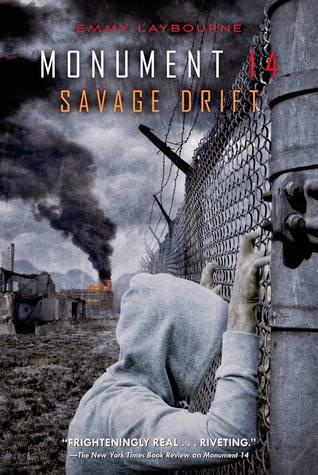 Intimacy Level: kissing, sex
Language: Use of "God," "Christ", and "Jesus" for exclamations. Hell, SOB, b****,  a**, d*mn.
Other: Underage drinking/intoxication, drug use, conversations revolving around sex, drugs, getting high, violent animal-like behavior from air toxin.
Recommendation: 3.5 out of 5 stars with high reservations (see end of entry)

Back Cover Blurb:
The survivors of the Monument 14 have finally made it to the safety of a Canadian refugee camp. Dean and Alex are cautiously starting to hope that a happy ending might be possible.

But for Josie, separated from the group and trapped in a brutal prison camp for exposed Type Os, things have gone from bad to worse. Traumatized by her experiences, she has given up all hope of rescue or safety.

Meanwhile, scared by the government's unusual interest in her pregnancy, Astrid (with her two protectors, Dean and Jake in tow) joins Niko on his desperate quest to be reunited with his lost love Josie.

Initial Reaction: *****
This book was so predictable.

I predicted that it'd be a page-turner: check!

I predicted that strong characters would steal my heart: tada!

Are there no dull boring plot-writers left in this world? *Sigh* I suppose I will have to succumb to the mind-blowing, gut-wrenching aftermath of reading a fantastic book. My emotions are in upheaval.

If you haven't figured it out yet, I loved Savage Drift. It was just as strong as the first two M14 books and I expected nothing less from Laybourne.

Characters: *****
This time, we followed Dean and Josie's points of view (POVs.) At first I was hesitant entering Josie's head. I wasn't sure how it would fit with my current view of her. But it worked. In fact, it worked really well. I never once, in all three books or POVs, got confused as to who's head we were in. That's tough to pull off with first-person.

Josie's story broke my heart. At one point, a character refers to the "O Camps" as a concentration camp, and that's almost what it was like. Her struggles with figuring out who she was internally -- monster or human -- were realistic and bittersweet.

Dean's POV was also gripping, even though we've been with him through all three books. A favorite part about Savage Drift was watching him grow up. Dean became such a leader in this book, which was a true miracle when you think back to who he'd been at the start of this whole story.

Plot: *****
Okay, we've established the characters are strong. Now, what about the plot? Weren't we all happy and safe at the end of book two?

Well, not all of us. Josie! We had to rescue Josie! Not just that, but Astrid's about to pop out a baby and that's a scary thing for a seventeen-year-old to handle, especially when the government is kidnapping pregnant women.

I never got bored with this book. I read it in a day. I admit, when I first picked it up I thought it would be hard to make the plot as tight or interesting as the first two. But Savage Drift gets into the government's reaction to all the chaos. What are they doing about it? What are they hiding? And what are all these experiments they keep stealing people for?


Spiritual Content: *****
This obviously isn't a Christian series, but the faith aspect and turning to God grows with each book.

And that's when He answered.

It was sweet. It was perfect. And it completely fit.

There are also other examples of characters praying and turning to God. It was neat to see this progression and how it affected their choices.

Cons:
There was some violence I could have done without. You know, ripping out guts by the handful and repetitive stabbing. That sort of thing. Also, certain steps of intimacy bother me in YA books. A couple has sex, but the writing is not gratuitous. I just don't agree with the message that sixteen-year-olds should sleep together if they're in love.

There is also attempted rape and older men demanding sex in return for protection (so, manipulative rape)

The language is pretty strong, but that was the same in the first two books. I caution all readers against the mature content and some undesirable elements, but if those don't bother you I think you'll really enjoy the series.

Overall, the book was fantastic. The entire series has left me impressed. And what a sweet ending! I won't give anything away, but it concluded everything that needed to be concluded and left me sad to say goodbye, but fully satisfied. I recommend it for older teens and up.

I rate this a 3.5 star mostly because of the mature content. But the story, underneath all that, is worth reading if you're a fan of dystopian or post-apocalytpic. 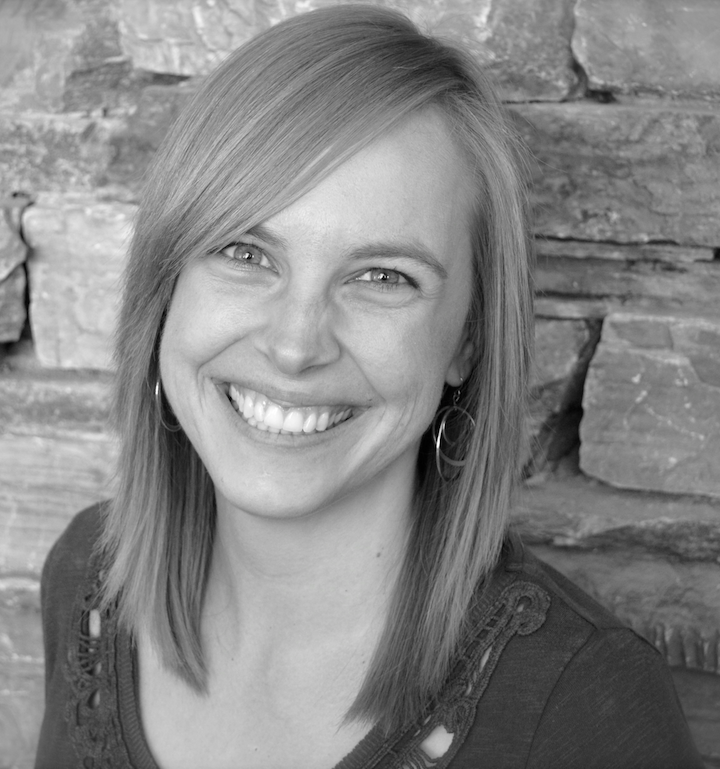 Nadine Brandes is an adventurer, fusing authentic faith with bold imagination. She writes stories about brave living, finding purpose, and other worlds soaked in imagination. Her debut dystopian novel, A Time to Die

, released September 2014 from Enclave Publishing. When Nadine's not taste-testing a new chai or editing fantasy novels, she is out pursuing adventures. She currently lives in Idaho with her husband. You can find out more about Nadine and her books at http://nadinebrandes.com.

Hey, I wrote a book! How would you live if you knew the day you'd die? In a world where everyone has a Clock showing their day of death, Parvin Blackwater tries to find purpose in her last year alive. But will she defy the authorities to find it?